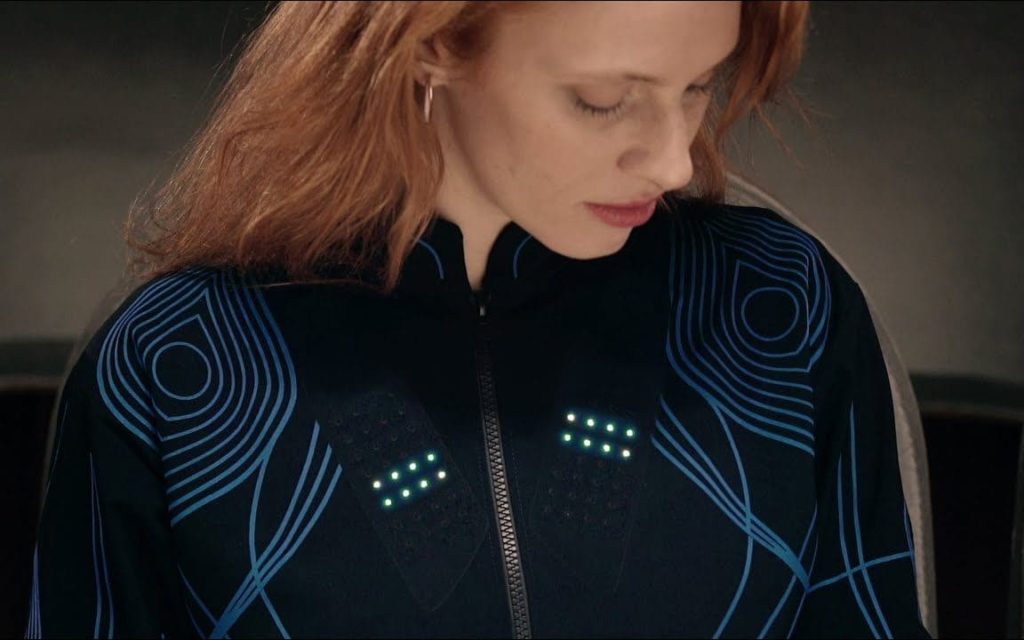 A high-tech jacket is giving deaf people the chance to “feel music” through an immersive experience that aims to open the doors of gigs and concerts to the hard of hearing for the first time.

CuteCircuit, a London-based fashion technology firm which has received funding from the UK government, has created a jacket embedded with sensors that gives wearers sensations, allowing them to feel the sounds of various instruments on different parts of their body.

“The violins can be felt on the arms and the drums on the back,” the company says.

The so-called “Sound Shirt” is fitted with 16 sensors that are woven throughout its fabric. The sensors receive music played in real-time and the sound is transmitted as sensation into the shirt.

A person wearing the shirt can feel a “series of haptic sensations”, which create a feeling of touch on their body which aligns with the music being played.

“Inside the shirt – that by the way is completely textiles, there are no wires inside, so we’re only using smart fabrics – we have a combination of microelectronics … very thin and flexible, and conductive fabrics,” she said.

“All these little electronic motors are connected with these conductive fabrics so that the garment is soft and stretchable.”

The market for smart clothes has been growing, but currently represent just a fraction of the wider wearables market now worth more than $28bn, according to research firm Gartner.

Google has been looking to tap into the smart clothing space, working closely with brands such as Levi’s to create a jacket that can answer calls, play music and take photos.

To date, technology to support deaf people has revolved around devices that assist users, but don’t give them a full experience of a song.

The Sound Shirt, which are made of a soft stretch fabric involving the “most advanced smart textiles and wearable technology” and are expected to be available to a wider market soon, will be sold for £3,000. The company’s other technology has been worn by pop stars such as Katy Perry and Nicole Scherzinger.

For those who have tried the shirt, such as twin sisters Hermon and Heroda Berhane, who both went deaf at a young age, the invention has been a life-changing one.

“It’s almost like feeling the depth of the music,” Hermon said.